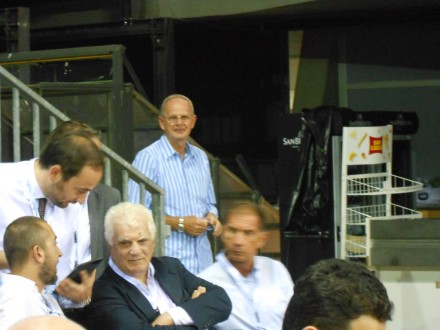 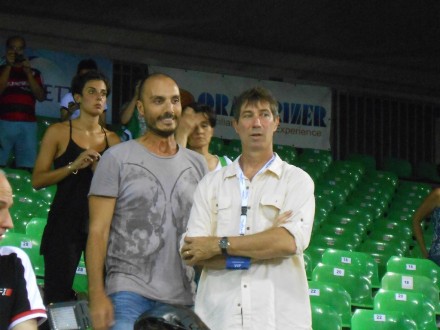 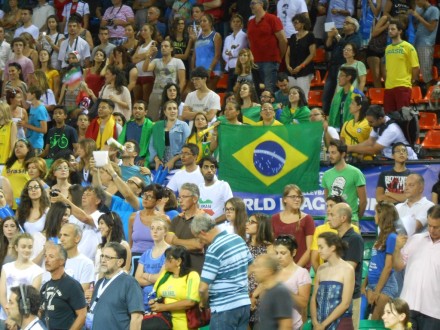 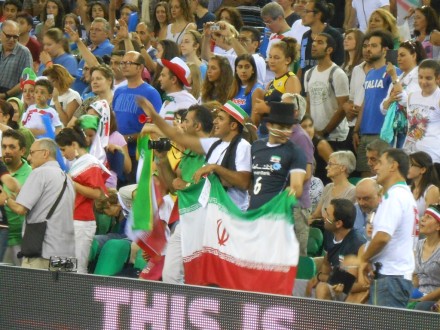 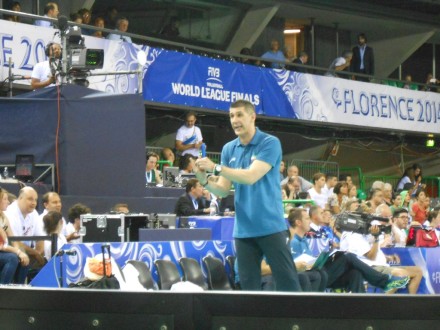 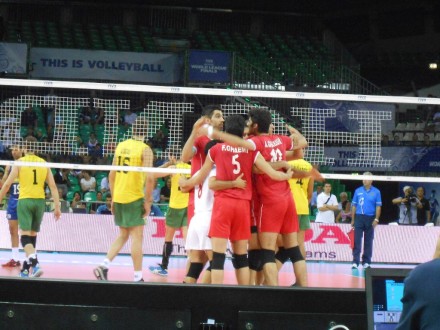 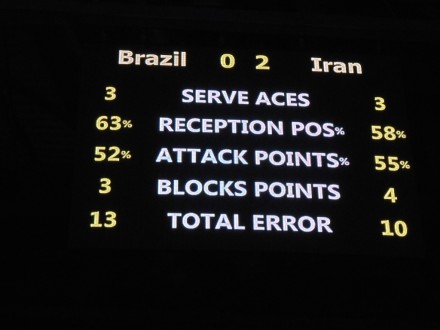 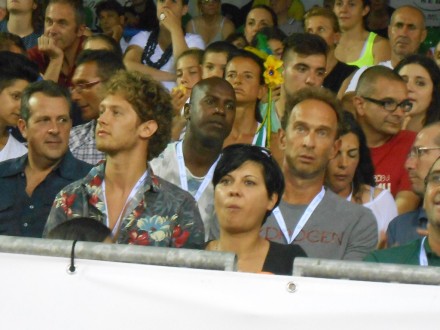 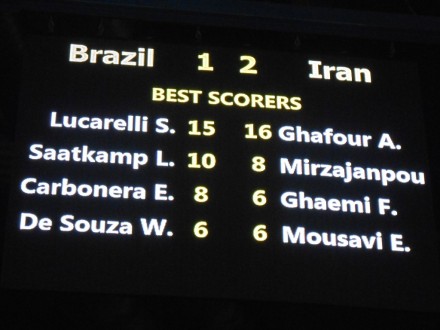 Interesting decision of coach Rezende – he decided to start the match with Eduardo as a receiver. The result was tight until 5-5 and then Brazilians went to the first technical time out with the lead 8-5. But Iran didn’t surrender. Squad of Slobodan Kovac was slowly decreasing the deficite and even had an advantage on the second TTO (15-16). However, it was time for another Brazilian run. They made four in a row for another lead 19-16.

The same story continued in the second set. It was all tied until 7-7, while Iran was up ahead by one on the first TTO. Iran was in a good rhytm. Squad of Slobodan Kovac increased the lead to 12-9 and then to 15-12.

They were keeping the three point lead (15-18, 17-20, 19-22). Rezende called a time-out to try something in the finnish of the se but nothing has changed. Iran has won the set by 25-22 and was one set away from semifinal and first place in Pool.

Once again the teams played tight game at the beginning of the set. After 7-6 for Brazil Iran got two points in row for 7-8 on the first TTO. Short pause suited Brazilians who made a total turnaround and gained +3 advantage (14-11). Rezende’s squad continued in same manner and reached four set balls (24-20).

But, with Marouf on the serve, Iran score three points in a row and came close to only -1 (24-23). But that was all. With a strong spike Wallace won a point for Brazil and finished the set.

And then it was time for the big Iranian celebration! Vissotto’s mistake gave them the second match ball and Ghafour converted it into a 28-26!

Iran goes to semifinals from the first place of the Pool.

viva Iran we are proud of you dear boys…..