The 22nd edition of the most prestigious annual volleyball competition for ladies starts this week with 28 teams from all corners of the globe participating. Kenya, one year after Algeria’s debut, are set to become only the second African team in the history of the competition. Belgium, Croatia, Mexico and Australia will also be making their first appearances in the FIVB World Grand Prix. 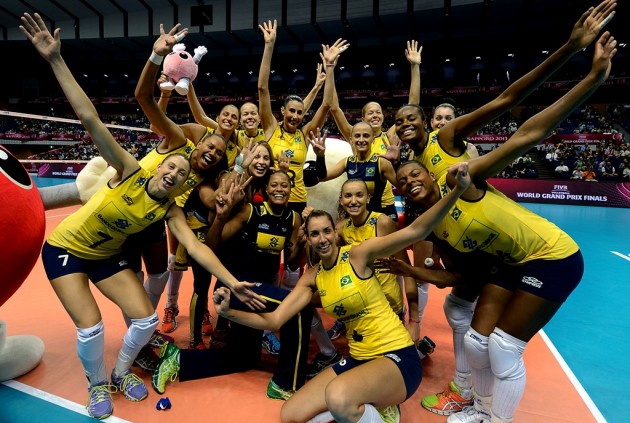 These five teams take the total number of countries represented in the annual meeting of the world’s top national teams to 30 since the competition was introduced in 1993. Making their comeback in 2014 are Canada (whose most recent appearance came in 2003), Peru (2011) and Korea (2012). They are joined by the same 20 teams who produced some dramatic matches in last year’s competition. It goes without saying that all six former winners are represented again this year: record winners, defending champions and Olympic champions Brazil (9 titles), USA (5), Russia (3), Cuba (2), the Netherlands (1) and China (1).

Last year Brazil triumphed with a flawless record of five wins and 15:0 sets in the final round of the Grand Prix. Olympic silver medalists theUSA , who claimed a hat-trick of World Grand Prix titles between 2010 and 2012, are also among the favourites.

The big final of the FIVB World Grand Prix will take place like last year in Tokyo, Japan – a fact that ought to please Olympic champions Brazil, who have won the tournament the last four times it has been played there (2005, 2008, 2009, 2013).

The preliminary round will see the twelve highest-seeded teams play round-robin tournaments to determine which four countries will progress to the final round. They will be joined at the grand finale from August 20-24 by the host nation Japan and the winner of the Final Four (from August 15-17 in Poland) from pools J to O.

Excitement is guaranteed at the 22 tournaments around the world – from Italy and Peru to Hong Kong and Macau – from the first round on July 25 to the final match day on August 24. The competition also looks guaranteed to set new records in terms of global media coverage.

In recent years, over 700 million households on six continents were able to watch the games. This figure is constantly increasing with 31 international broadcasters transmitting primary footage. This is particularly remarkable given the serious competition the competition has faced – including the Olympic Games and the European Football Championship. Interest on the FIVB Web TV platform in countries to which TV rights were not sold, also soared. The FIVB World Grand Prix is a bestseller, which combines great sport with a spectacular show every year.

How Covid 19 CoronaVirus is affecting volleyball?