Outside hitter Angela Leyva is no longer the child prodigy of Peruvian volleyball, the 17-year-old have since stepped up in the senior ranks and have taken on the challenge as the captain of the national team in the FIVB Volleyball World Grand Prix. 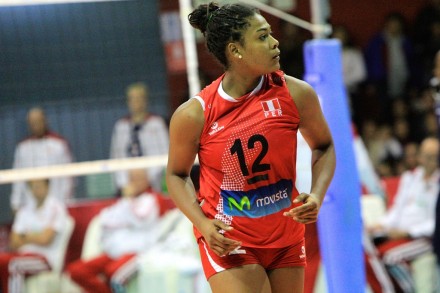 After being assigned as captain, Angela conveyed her eagerness in her new role.

“It is a challenge that I am accepting with plenty of enthusiasm,” Leyva said. “I have almost two years of playing with the national team and I know I have the support of all the players. Since I started, I have demonstrated that I am someone who does not give up and knows how to do things right.”

Leyva can count the many titles and individual awards under her belt to assume this new position as captain of the team, and will use these to bring her team to more fulfilling achievements in matches to come.

She also achieved to be a national champion in the Peruvian league in the 2013-2014 season. Her most recent achievement is winning the Best Spiker award in the South American Club Championship in Brazil.