Are you ready for another European cocktail? Follow us to see results, news, photos and videos from leagues all over Europe!

22:21 FRANCE (M): AS Cannes just unstoppable! With another win squad led by Igor Kolaković reached 11-0 score. And in the game against Toulouse, 5 players had double digits!

21:23 SPAIN: Teruel and Almeria continued race for the top spot with easy wins

20:26 POLAND (M): Another big comeback in PlusLiga today – Czarni Radom returned from 0-2 and won by 3-2 against Bedzin.

19:45: Lube has defeated Perugia in a “replay” of the last season’s final! Champions won by 3-1, and the top scorer was Giulio Sabbi with 24 points

19:19 FINLAND (M): Tiikerit, the first placed team on the standings, suffered a shocking defeat against Tampere

19:15 CZECH REPUBLIC (M): Liberec with straight sets win over Ostrava away. It was 10th consecutive win for the leader of the championship. Follow all volleyball live scores at our website.

18:36 RUSSIA (M): Zenit marched through Nizhny Novgorod and took all three points. Check out all results of Saturday’s games

18:10 BULGARIA (M): Levski lost against Marek Dupnitsa by 3-0, but it is not the only problem for club from Sofia. Club’s officials stated that team has nowhere to play in 2015, as Hall has been paid only until 31st December! Levski might even step out of the league!

17:18 POLAND (M): Big comeback from PGE Skra Belchatow! reigning champiosn were down 0-2 against Cuprum Lubin, but won the match 3-2! Mariusz Wlazly did not play for Skra, while Facundo Conte returned and scored 21 points!

16:00 RUSSIA (M): Two games from the Superleague are over. Kuzbass defeated Dinamo Krasnodar 3-1 at home, while Gazprom-Yugra won against Orenburg away 3-0. Dinamo Krasnodar was without injured Kalinin in this round. 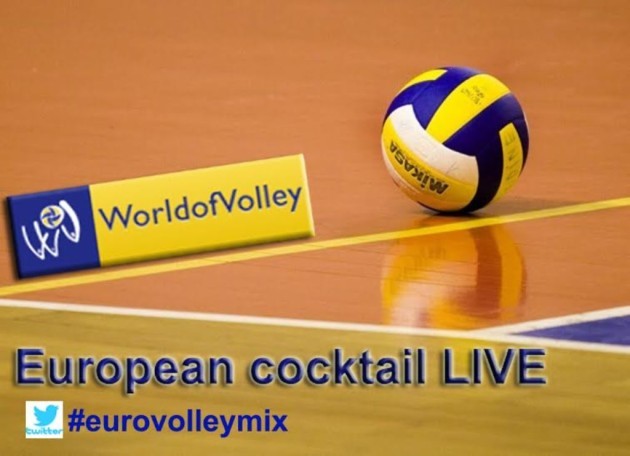