The International Volleyball Federation is pleased to announce that the FIVB Volleyball World League 2015 Group 1 Finals will be played at the Maracanãzinho in Rio de Janeiro, Brazil. The tournament will serve as a test event for the volleyball competition at the Olympic Games in 2016, which will take place at the same venue. 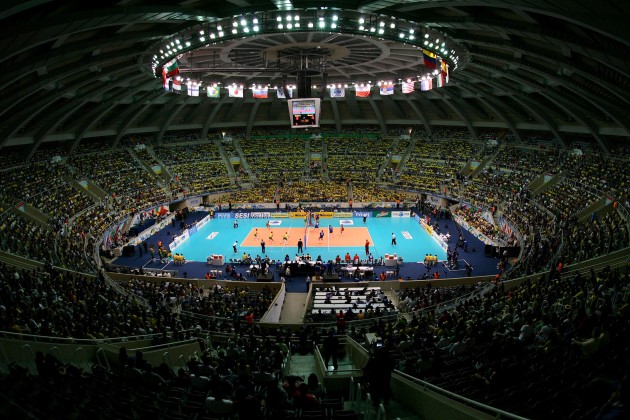 The Group 1 Finals will be held from July 15-19 and will feature six teams (the host country, top two teams from Pool A and Pool B plus the winner of Group 2) playing off for the title of the 26th edition of the World League.

In the first time in the history of the competition, four countries – Australia, Brazil, Iran and Poland – were involved in the bidding process to host the Finals.

The confirmation of Rio de Janeiro as the 2015 World League Finals host city follows the news that volleyball attracted the most attention for 2016 Olympic Games tickets (27%) ahead of football (21.9%), swimming (21%) and athletics (20.6%) via the Rio Olympics ticketing registration process when it officially opened in January.

waste of time to watch the world league finals. those greedy brazilians