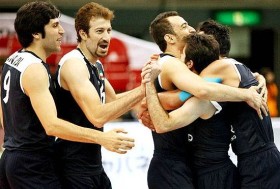 This victory in Volleyball World Cup in Japan gave Iran a 2-1 mark in the tournament, while European champion Serbia slumped to 0-3.

Ivan Miljkovic was the focal point for Serbia, scoring a match-high 22 points.

After the Olympics, continental championships are scheduled...