Check out some of the latest men's volleyball transfers and rumors in the 2018 summer transfer window for June 1, 2018. 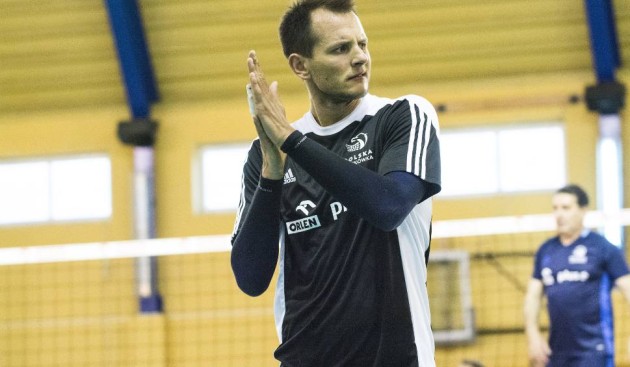 The Polish men’s volleyball Plus Liga team Stocznia Szczecin (competed as Espadon Szczecin for most of the last season before getting a new sponsor Stocznia) plan to invest big money in reinforcements for the 2018/19. According to sport.pl, two major Polish and one Bulgarian star are close to signing with the club: Bartosz Kurek (Ziraat Bankası, Turkey), Łukasz Żygadło (Sarmayeh Bank, Iran), and Matey Kaziyski (JTEKT Stings, Japan)! Allegedly, Szczecin already agreed to terms with Kurek and the official announcement of the transfer is expected soon. In the expectation of the trio fantastico, Szczecin hired experienced Czech setter Lukáš Ticháček who wore the jersey of Asseco Resovia Rzeszów from 2011. A 33-year-old coach Michał Gogol extended with the club as well as Marcin Wika and Adrian Mihułka. As for departures, six players left Szczecin: Michał Ruciak (Cerrad Czarni Radom), Bartosz Gawryszewski, Mateusz Malinowski (Aluron Virtu Warta Zawiercie), Tomasz Kowalski, and North American duo Jeff Menzel – Justin Duff.

Trefl Gdańsk remained without their backup outside hitter Wojciech Ferens who spent only half of the 2017/18 in the club.

The Italian SuperLega side Kioene Padova has reached a new two-year agreement with Marco Volpato, A 28-year-old starting middle blocker has already spent 6 seasons with the club. In the 2017/18, he made 62 kill blocks.

A 24-year-old outside hitter Evgeniy Bannov is the new player of the prominent Russian Superliga club Belogorie Belgorod. He started the last season in Yugra-Samotlor Nizhnevartovsk before moving to Bulgarian Levski. Bannov returned to Samotlor in the finish of the season but could not prevent the relegation of his team to Division 2.

Libero Valeriy Komarov will no longer wear the jersey of the current silver medalists Zenit Sankt-Peterburg.

BRA M: Lucarelli in full training after 6 months, will be ready for World Championship