Yana Azimova's time has come - the 24-year old setter has got a chance to play in the starting line up of the Azerbaijani national team. 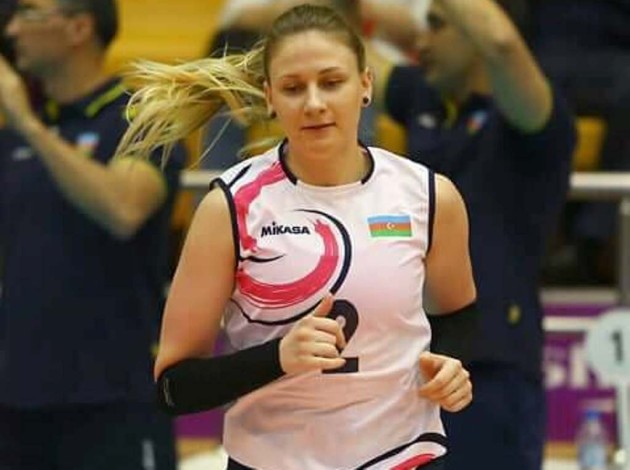 It was a huge moment in the career of this setter. That was a good way to start this interview.

Let’s start with the recent events – How it feels like to be a part of the Azerbaijani national team this summer?

„I was waiting for my turn to play in the main squad of the Azerbaijani National team in the 2018 CEV Volleyball Golden European League. I have received this chance and I am very glad that I used it.“

What are your goals for this season with the national team?

„To become a player of the main squad of the National team and help it to play with a success in Japan at the FIVB Women’s Volleyball World Championship.“

How would you describe your last club’s season?

„In the season 2017/2018 I played for the team Absheron Baku. I spent a successful season in the main squad, winning the silver medals of the Azerbaijan Championship.“

„I would like to spend a new season in a good and interesting Championship. My manager Tunc Afsar takes care of it.“

In which country you would like to play next season?

„A country with a good level league organization.“

Where do you see yourself in five years?

„In 5 years I want to win medals in one of the strongest European Championships.“

These are also interesting things about Yana Azimova.

Favorite book: „I like books with the different genres, based on a true story. I give preference to the novels.“

Favorite quote: „It’s hard to learn – it’s easy to fight. If you have a dream – believe in it.“

RUS W: Sokolova this time really finished her career but …

Transfer bomb in Italy? Polina Rahimova and her manager captured at Malpensa Airport

Have you ever seen HAKA dance performed...