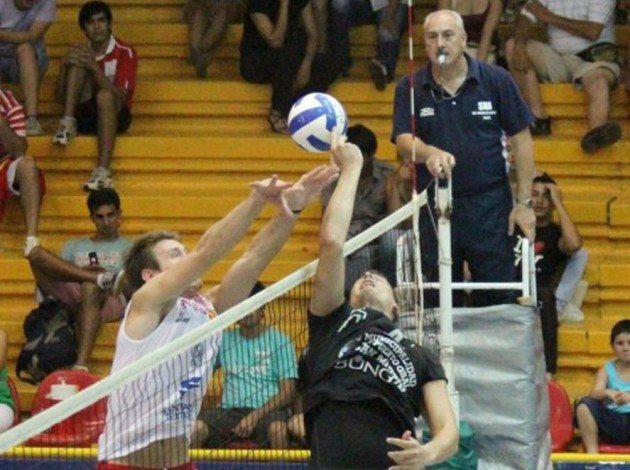 After an even start where they shared successes and failures, Sarmiento Santana Textiles was the one who took the first lead of the game, coming up to the first two technical time outs (8-5 and 16-11). After that, after adjusting and improving reception and the attack, the visitors made four points and tied at 23. PSM didn’t stop there, but continued to win the set 25:27.

The start of the second again showed Sarmiento‘s better game, with advantages in both technical time outs (8-6 and 16-11). But Ivan Castellani entered with his attacks, and helped his team to win the second set 24-26.

The blow of losing the initial two sets made an impact on Sarmiento in the third set, they started with the reception errors (6-8). Led by Castellani, the visitors took the advantage. Sarmiento then imporved their game and won the set 26:24.

In the fourth, the momentum of the previous set improved Sarmiento‘s game, they were leading on the first techincal (8-4). After that the visitors tied at 9:9, and from then on the game was even until the end. The host managed to win in the end 25-23 and to get to the tie-break.

The fifth was even for most of its part. Thanks to Castellani, the visitors took the advantage (10-12). Sarmiento Santana Textiles could not come back, and PSM Voley took the set and the match 12-15.