PANAC W: Argentina improves to 2-0 and 10 points in Pool A

Argentina improved to a 2-0 win-loss record after defeating a resilient Trinidad & Tobago 3-0 (25-23, 25-18, 25-11) in a match of Pool A at the Movistar Women’s Pan American Cup on Tuesday. Read more about latest volleyball news, games reports, and statistics on WorldofVolley. 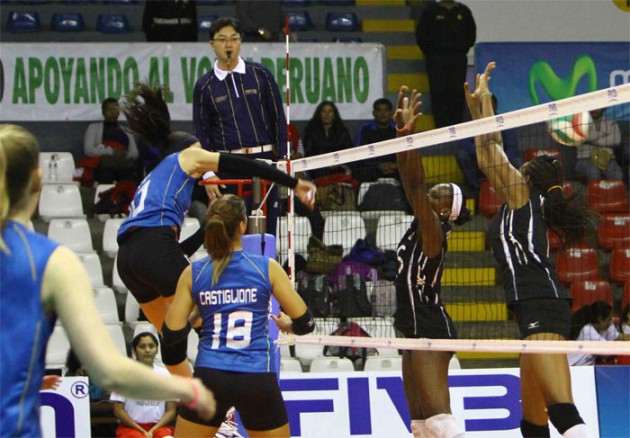 The Argentineans mounted a late rally to claim the first set by small margin and then relied on their experience and fundamental technique to take the second and breeze past in the third.

Lucia Fresco and Emilce Sosa were the top offensive contributors to the victory of Argentina with 17 and 15 points respectively. Josefina Fernandez and Paola Nizetich added 7 apiece. Trinidad’s Chanon Thompson finished with 16 points while Krystle Esdelle chipped in 10.

Argentina made 12 unforced errors to 18 of Trinidad & Tobago and held a 10-3 advantage in service winners.

“We came in to win since the first point but it took a while to adjust to the high blocking of Trinidad,” Argentinean Paola Nizetich said.

“The credit to Argentina for keeping their level of consistency throughout the match,” Trinidadian Krystle Esdelle said. “We battled with them for most of the match with the exception of the third set.”

“We had to adjust the tactical discipline after learning about the characteristics of the rival since we don’t have a lot of power,” Argentina’s Coach Guillermo Orduna commented. “Once again we started from the service and then established good blocking and attacked the weakest zones of their defense at the net. I also have to give credit to the players from the bench who did a good job at the end of the first set.”

“My team is right there in attack and blocking with the best of the area but our reception is an area where we need to work,” Trinidad & Tobago’s coach Francisco Cruz said. “I have to say that I am satisfied because the training conditions back home are not the same as those of the rest of the teams competing here.”