National team of Serbia began this year's World League tournament with two away victories over Cuba. Before coach Igor Kolakovic team are now matches against Russia, which, like the team from the Balkans, in the first two matches took maximum points. Read latest volleyball news on Worldofvolley.com. 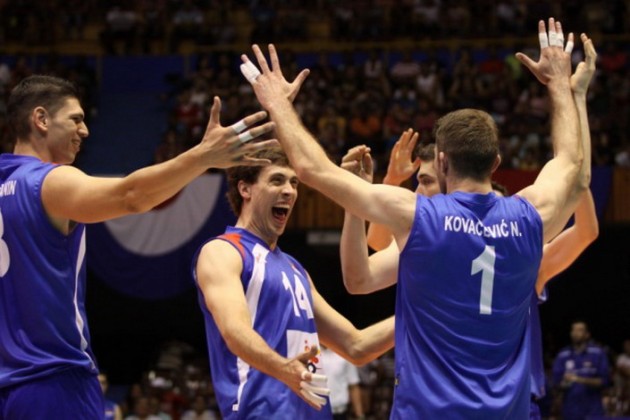 “National team of Cuba is changed, but it is still a very dangerous team and can not be underestimated. We are pleased that we were able to achieve two wins there” says the middle blocker of Serbian national team, Marko Podraščanin.

The attacker Aleksandar Atanasijević adds, “we flew to Cuba with the intention of a good game. Now we have to concentrate on matches against the Russia, because it will be more difficult fights. In our game is still a lot to improve, and I hope that this match to our form will gradually go up.”

Serbian Libero, Nikola Rosić points out that a big strength of his team is a great atmosphere that prevails in the national team. “Any player who comes off the bench, doing everything as much as possible for the team. In difficult times we all support each other and this is our strength” Rosić said.

Serbs, although his rivals in Group B are Russia, Italia and Germany hope to qualify for the final tournament. “We can do it” says Marko Podraščanin. “For the last two years we were in the finals, and I think it’s time to fight for one of the medals. Many consider the World League as one of the stages of preparation for the European Championships, but I think the game has its charm, especially the reputation and all the teams involved want to achieve the highest score. Of course, playing World League will definitely help to prepare for European Championship. The last two seasons our weaker performance in World League oblige us to improve ourselves and advance to the final tournament. I can not promise anything but if we play well in the World League, it will be even better during the European Championships” end middle blocker of the Serbian national team.

PANAC W: Argentina improves to 2-0 and 10 points in Pool A