The absolute highlight of the third weekend of the FIVB Volleyball World League throws up the first tough test for the Olympic champions from Russia. Russia will meet Serbia after last week's wins against Iran. Igor Kolakovic commented. 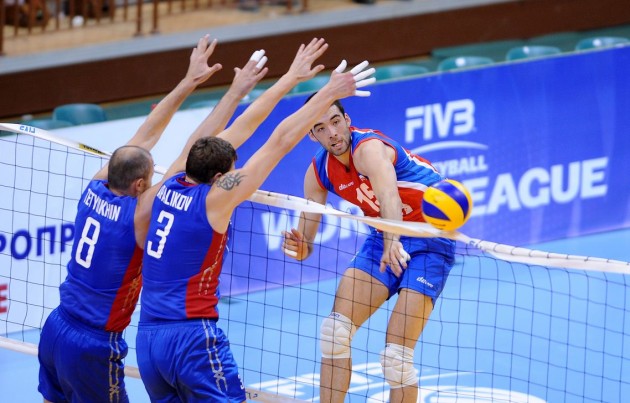 Having opened their campaign with two expected wins against debutant Iran, they now take on big rivals Serbia on Friday (to be streamed live as the FIVB’s Match of the Week) and Saturday in Kaliningrad (both at 15:00 GMT).

The matches take on extra significance due to the fact that both teams are currently sitting pretty at the top of Pool B with a maximum six points. This makes them the only two of the 18 World League teams yet to drop a point. Serbia opened their campaign with two impressive 3-1 victories against home favourites Cuba in the boiling pot of Havana.

“My team showed a lot of power in Cuba. We want to reproduce that again in Russia, although we know they will be tough matches,” said Serbia’s coach Igor Kolakovic.

His Russian counterpart Andrey Voronkov also recognises the difficult task facing his team: “We must rule out the mistakes we made in the matches against Iran. But that is a normal part development process. After all, we have a number of new players in the team.”

Both teams are hungry for success at the pinnacle of international volleyball: last year, 2011 winners Russia and Serbia both underperformed, having to settle for eighth and ninth place respectively.