ARG: Boca Juniors and Estudiantes de Parana can define their series in the third match.

Both teams are 2-0 up in the semifinals and if they win they will enter the finals. The team led by Eduardo Allona will meet with the Estudiantes on Thursday at 19h, and the team of Mariano Cinaglia meets San Martin de Formosa, on Saturday at 21h. 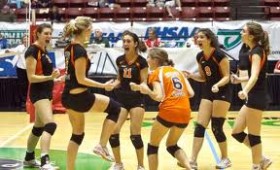 Boca Juniors, the scorer of the regular season and the vice-champion, twice defeated the girls led by Guillermo Caceres; in the first match with 3-1 and in the second 3-0.

If they win in the CeNARD, next Thursday at 19h, they will play in the finals of Argentina Women’s League.

In the other match, Estudiantes of Parana defeated San Martin de Formosa in two matches as guests, both times with 3-2.

Now they have a couple of chances to close the series at home, either on Saturday at 21h or Sunday in the conditional match.