UPCN San Juan Voley reacted on the move of its rival for the title, Personal Bolívar, and also brought a new player. 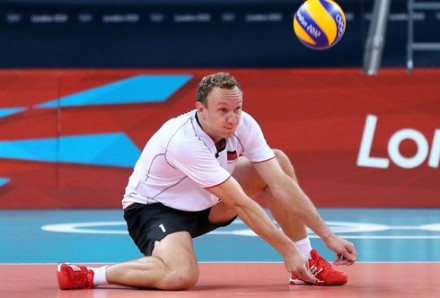 After it was announced that Bolívar was reinforced for the finish of the league by Santiago Darraidou in desire to cut the hegemony of UPCN, Argentine champion four times in a row included Marcus Popp in the squad.

Popp (33) is an experienced German receiver and he was hired due to injury of Pablo Bengolea and the commitment of UPCN in the South American Club’s Championship, which will be organized by UPCN in the first days of February.

The new reinforcement of UPCN played in clubs like VfB Friedrichshafen, Copra Piacenza, Tours VB and his last club before coming to Argentina was Turkish Maliye Milli Piyango SK Ankara.

He was also part of the German team in 2008 Olympic Games in Beijing and 2012 Olympics in London.

GRE W: Olympiacos without mercy, no debut for Nešović