Puerto Rico beat Argentina in four sets (25-20, 25-16, 16-25, to record their first win of the 2012 FIVB World Grand Prix campaign, condemning Argentina to their third defeat in three matches on the opening weekend of Pool A action in Macau. 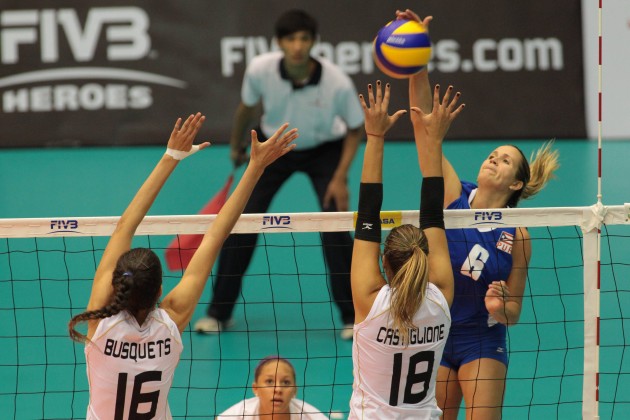 Puerto Rico were the more consistent team in set one and their lack of errors allowed them to maintain the lead throughout. When the Argentinians did manage to apply some pressure, it was Sarai Alvarez for Puerto Rico who responded with one of her many kills to keep her team in control.

Things only got worse for Argentina in set two, as their block had little success against the Puerto Rico attack.  For the Puerto Ricans their blocking game was strong, which allowed them to jump to an insurmountable 12-point lead before closing out the second set.

Argentina refused to be swept aside and came out more determined in set three. Their blocking was much improved and they managed to shut down their opponents for a while. This set provided the fans at the Macau Forum with several electrifying long rallies.

Puerto Rico came out in the fourth set with renewed energy, surging to a 10-point lead at the second technical timeout. Puerto Rican setter Vilmarie Mojica was masterful with the ball, keeping the Argentinians off-balance throughout.