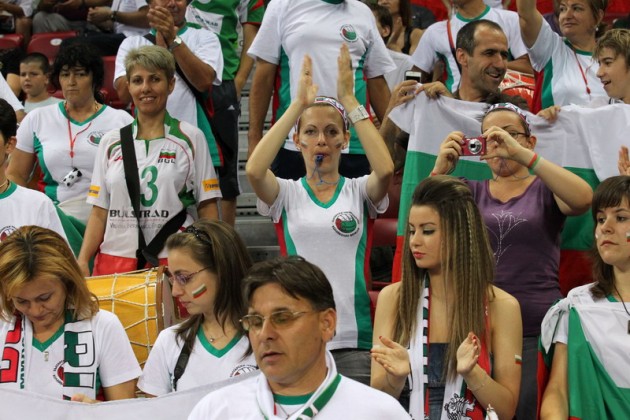 Both teams needed the victory for self esteem but it was the home side, in front of 4,000 fans including Minister of Sports Svilen Neykov, who took the win.

Viktor Yosifov and captain Vladimir Nikolov took Bulgaria ahead in the first set and there was nothing to tell that it would be a more than two hour marathon. Five kill blocks gave the hosts the opening set 25-19.

Gauna and Poglajen lead Argentina in the second and with some smooth reception, Bulgaria dominated after the first technical time 8-7. Several unforced errors let Argentina come back into the match however and they took full advantage to draw level at 1-1.

Tsvetan Sokolov made his way onto the court in third and was a fresh spark for Bulgaria. Another substitution, Valentin Bratoev, also made a strong impact. It was all looking good but towards the end Argentina managed to take the lead 24-23 and close it 26-24.

This only made the Balkan Lions more determined in the fourth as Todor Aleksiev helped take the side on a winning-streak, downing the visitors 25-11.

The last set was a tense affair from the off but the hosts held on to pick up a vital win.

Argentina: Pescadores succeeded in the end ;...