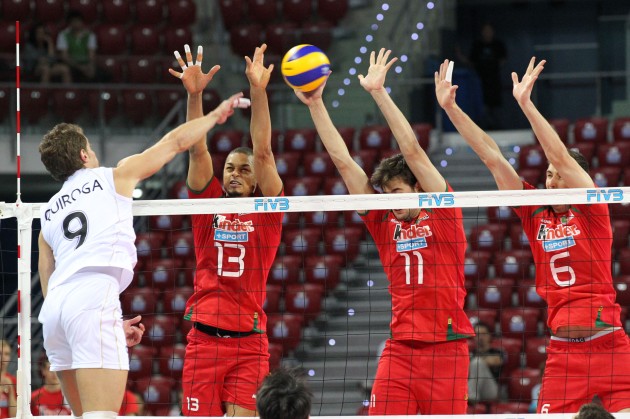 The game started better for Argentina. They easily led in the first and maintained a big advantage, with captain Rodrigo Quiroga leading his side to a quick lead.

Portugal bounced back in the second, with their extensive homework on Argentina paying off, delivering smash after smash to draw level at 1-all.

However, Portugal were again their own worst enemies in the third, committing many unforced errors to gift Argentina the lead. Quiroga kept asking questions of Portugal‘s defence and they eventually regained control of the match.

But Valdin Sequeira and Flavio Crus refused to allow Portugal to go quietly as they went on the offensive yet again in the fourth. Highly motivated to win at least one point in this year’s tournament, Seafarers made some good defensive moves which, combined with successful attacks, took the match to a tie-break.

However, despite their youth, Argentina‘s experience proved to be the difference. A couple of strong spikes from Castellani and then Gauna in the fifth helped round out the match for the side.

Argentina finish the tournament third in Pool D while Portugal will now prepare for a World League playoff after ranking 16th in the whole tournament.

ARG: Update of the Course calendar of...