ARG M: No upsets in playoff quarterfinals – Bolívar, Lomas and Obras in semis

Quarterfinals of Argentine Volleyball League did not bring any drama as all favorites qualified for semifinals by sweeping opponents. 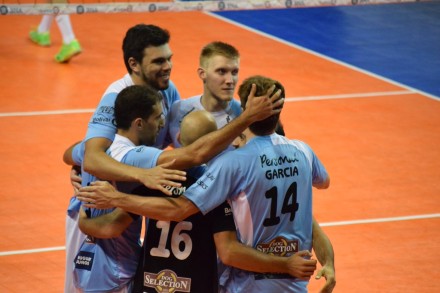 Vice champions and third-seeded Personal Bolívar went to play Game 2 against Gigantes del Sur on road and the outcome was the same – straight-set win with partial 21-25, 25-27 and 20-25. The Brazilian Raphael de Oliveira from Bolívar was the top scorer of the game with 16 points. Alejandro Toro and Iván Castellani highlighted in the hosts with 12 points each.

In a duel that supposed to be the most equal, fourth-seeded Obras UDAP Vóley achieved another win in three sets against fifth-seeded La Unión de Formosa with 12 points from Cuban Livan Osoria and Bruno Lima. Javier Vega from Formosa had 13.

Title holders UPCN San Juan Vóley will play their Game 2 against PSM Vóley on Wednesday (March 9) after prevailing 3-1 in Game 1.