When big matches are being played in Iran, fans are going wild by making the atmosphere inside gymnasium on verge of incidents. The first game of Super League playoff finals was not an exception. 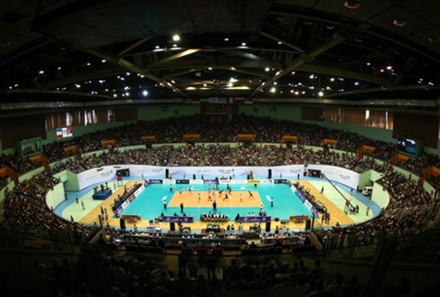 If you wondered why Sarmayeh Bank and Paykan Tehran played Game 2 of playoff finals without presence of spectators, here comes the answer.

During Game 1, which ws also organized by Sarmayeh, fans of both teams showed unsuitable attitude by shouting inappropriate words and slogans and even throwing some items on the field. Due to that, game was interrupted for several times. So, league organization has announced Game 2 to be played without presence of fans.

Obviously, supporters in Iran are crazy about volleyball, but they are showing enthusiasm on totally wrong way. And this was not the first time they ruin some derby in national championship…

CEV CUP W: Schweriner’s coach – “We do have a chance against Galatasaray”

ARG M: No upsets in playoff quarterfinals – Bolívar, Lomas and Obras in semis