The U 14 National Boys Championship was won by a new team with Santa Fe getting revenge over the Metropolitan Team, winning the final match 3-0 (25-15, 25-21, 25-19) becoming undefeated champion. Tomás Steeman, was the winner of the award as best player of the competition. Cordoba overcame San Juan to win the Bronze Medal. 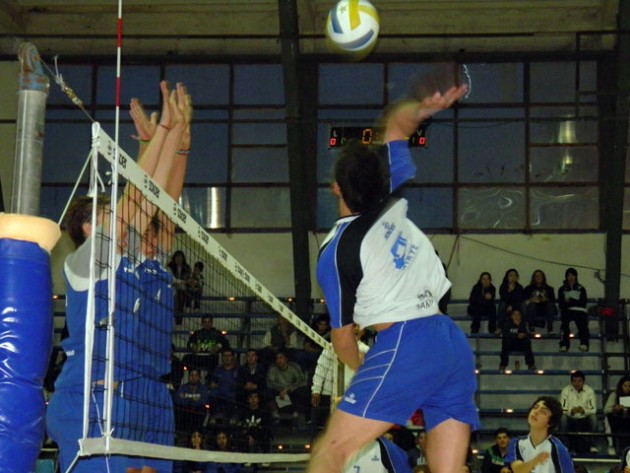 Santa Fe did not give Metropolitan any playing chance

Early morning the semi-finals took place and in both cases, in All Boys field, Santa Fe overcame San Juan without any question 3-0 (25-16, 25-10, 25-15) to qualify for the final match as on the prior competition in the year 2011 while in Estudiantes field, Metro won a very levelled first set 25-23 to take the leadership and win also 3-0.

The U 14 final match saw the same two teams of San Juan 2011 when Metro won the tournament defeating Santa Fe.

Prior to the final match Cordoba lost the first set v San Juan but then found its momentum to win 3-1 and the Bronze Medal. Rio Negro overcame Entre Rios and Mendoza finishing on the fifth place while Buenos Aires province after defeating Neuquen and Chaco finished ninth.

The final match in a crowded stadium of Estudiantes with most of the delegations that participated of the competition saw Santa Fe winning the first set 25-15 with Gallo and Steeman shining thanks to the great setting of Sauro. The second se was levelled but then Santa Fe got easily the third set and the title.

ARG W: Metropolitan is again the champion of the U 14 girls National Championship

ARG M: UPCN-Bolivar is the final of...