In its debut at the Volleybal World Challenge Cup, Personal Bolívar, the second Argentine team participating at this international competition overcame very easily Canucks from Canada in straight sets, 25-20, 25-16, 25-12 in one of the matches of Pool B. 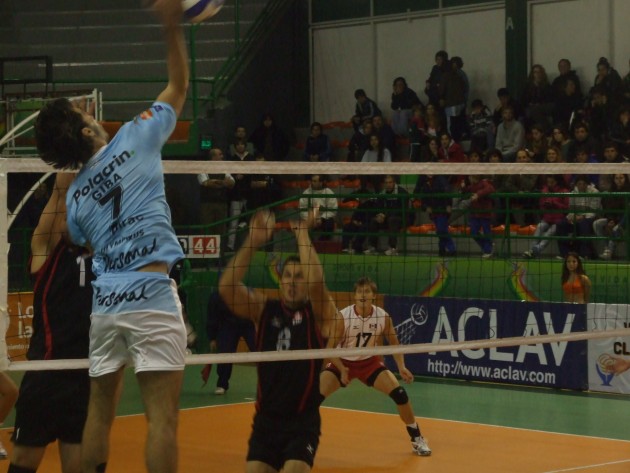 The top scorer was the Cuban Angel Dennis scoring 21 points while Giba scored 11. With the victory of Súper Imperatriz – Brazil over UC Irvine, in the first match of the day, the semi-finalists of the competition are already known and they will be Buenos Aires Unidos and Súper Imperatriz (Pool A) and Personal Bolívar and Toray Arrows (Pool B).

Javier Weber decided that most of the reinforcements for this Argentine A1 Men League played from the start so Giba, Donald Suxho, Angel Dennis and Alexis González were at the starting line-up together with Pablo Crer, Sebastián Solé and Javier Filardi.

Many volleyball fans watched the match that showed one of the best players of the World, the Brazilian Giba that arrives to Argentina with 2 World Championships, 1 Gold Medal and two Silver Medals won.

BUL M: DUPNITSA adds a couple of solid players to its roster