Argentina: The Argentine boys’ youth team goes on Growing participating at the Aclav

Santa Fe, Argentina, January 14, 2012 - The sixth weekend of the Regular Season of the ACLAV Argentine Senior A2 upgrading League opened for the Boys' Youth Team playing against Chovet Vóley at their Gimnasio Parroquial. 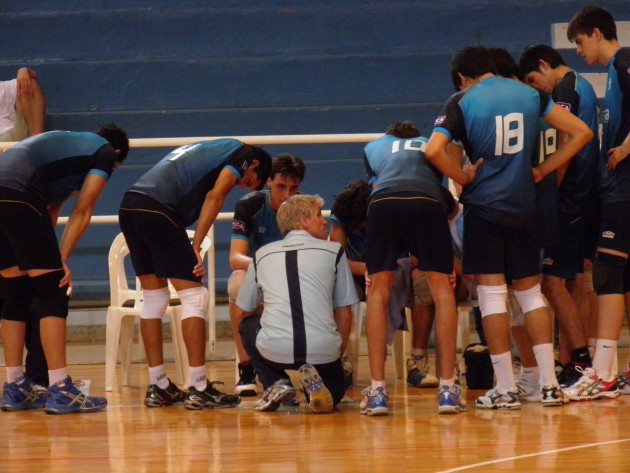 The light blue – white jersey team at a TTO

The team coached by Pablo Rico added a new victory and stands fifth on the general ranking together with Obras de San Juan with 14 points. The Santa Fe team is fighting as last year, for a place at the Grand Prix.

The Argentine Boys’ Youth Team with boys that range from 15 to 18 years old, goes on winning experience and improving. This is its last double match weekend away from home as afterwards it will face two matches at home.

The best players of the national team were Cristian Assaf and Paul Alegret as best scorers with 13 and 10 points respectively.

Italy: Coach Nacci: “Reggio on the up”