Ankara, Turkey, January 15, 2012. The Drawing of Lots for the women’s Olympic qualification tournament that is scheduled for this coming May 1-6 in Ankara (Turkey) was completed this morning at hotel “Limak Ambassadore” under the supervision of CEV Vice President Jan Hronek and with the highest authorities of the Turkish Volleyball Federation in attendance. 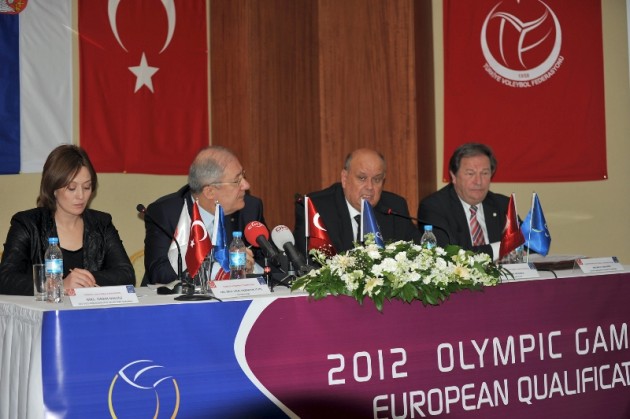 The composition of the two preliminary Pools for the tournament whereby the winner will book a ticket to the 2012 Olympics in London reads as follows:

The two first-ranked teams of each Pool will play crossed semifinals (1A vs. 2B and 1B vs. 2A) with the winners advancing to the final match where the much wanted ticket to the Olympics will be assigned. The tournament will run at “Baskent” sports hall, the splendid facility built and owned by the Turkish Volleyball Federation that has hosted quite many major international events in the past couple of years.

Argentina: The Argentine boys’ youth team goes on Growing participating at the Aclav

Unacceptable – do not practice with kids...