The last round of the Preliminary stage in the Chinese Championship brought some very interesting games. 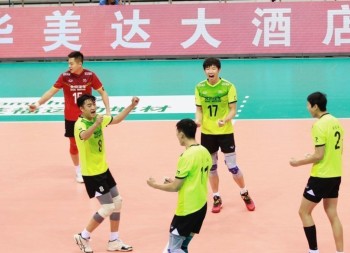 Beijing stayed the only undefeated team in the league by beating Zheijang away. Taylor Sander put up 23 points for the winning side, while Oreol Camejo was not in the roster of Beijing for today’s match.

The reigning champions Shanghai scored the tie-break win against Hebei on the road, despite playing without their main stars Facundo Conte and Gyorgy Grozer. The two foreigners were not in the official game protocol, as they were probably given some rest before the next stage of the competition.

Finally, Sichuan scored another win in the Chinese Championship, mostly thanks to brilliant performance of Leonardo Leyva Martinez. Cuban star made 32 points for his team.