Julien Lyneel, whose signing with Shanghai this summer was a bit shrouded in mystery since he initially signed the contract with Personal Bolívar, has spoken for the French Volleyball Federation (FFV) website about the season in China and adopting a different way of living and culture there. 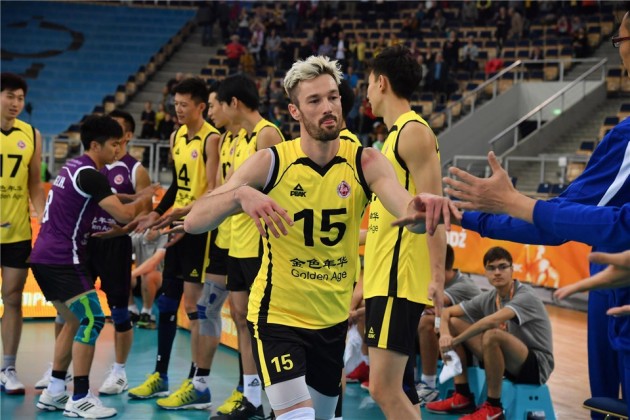 „The level and the way of doing things are a bit different from what I’ve seen in Europe, whether about the training or the organization level, but it’s up to us, the foreigners, to adapt. What is certain is that they take care of us very well. Me and Facundo (Conte) are considered kings, it’s nice. We have an interpreter, the second coach of the team speaks English and we manage to communicate with the guys somehow. In terms of competing, we’re not doing badly in the championship, we won all our games except the last one which we lost by a 3-1. The team we played (Shandong) did a great match, and we probably had a bit of a head already at the World Club Championship in Poland,” the French National Team outside hitter stated for FFV website.

It is a well-known fact that the Chinese Championship ends in early spring and that many foreign players decided to continue the season somewhere else, most often they return to play playoffs in some major European league. Lyneel does not waive the option of doing the same.

“We’ll see. If I’m in great shape, I can always engage with some club to play the playoffs and not lose the pace. The other option is to stay in France and take a little rest. I’ll see, but I’m not against the idea of extending the season if I feel physically good, it will also depend on the offers,” Lyneel added.