The famous Brazilian coach José Roberto Guimarães “Zé Roberto” pulled out his players from the court as a way of protest in the 2019/20 Brazilian Women’s Volleyball Cup. 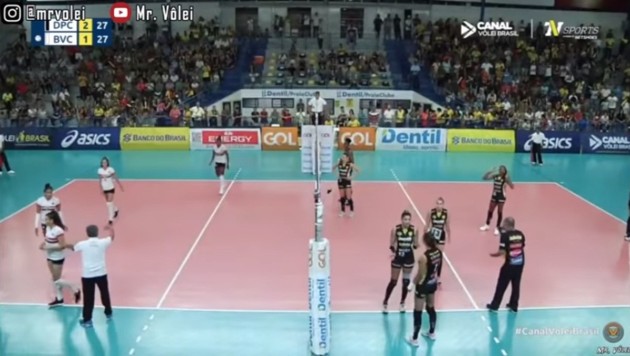 World-renowned coach Zé Roberto pulled out the players of his team São Paulo FC/Barueri from the court before the game of the quarterfinals of the Copa Brasil 2020 against Dentil/Praia Clube ended, which led in the automatic elimination of the squad he commands from the competition.

What exactly happened? Barueri tied the 4th set at 27-27, but 2 consecutive red cards gave the home team of Praia the next 2 points. Thus, the set ended by a 29-27 and the match by a 3-1 in the favor of the Superliga vice-champions. The main referee of the match explained that the first red card was given to libero Nyeme Costa for complaining about his decisions and the 2nd, shortly after, was given to Zé Roberto who continued to complain, gesturing and withdrawing the team from the court before the game was over. The umpire also stressed that the coach, who had already been warned during the match with a yellow card, got the red for “rude conduct”. Zé Roberto took responsibility, greeted the opposing staff, which is led by Paulo Coco (his assistant in the Brazil Women’s National Team), and quickly left the court.

Praia advanced further in the Brazilian Cup and will play against the trophy holders Itambé/Minas in the semifinal, on January 31.