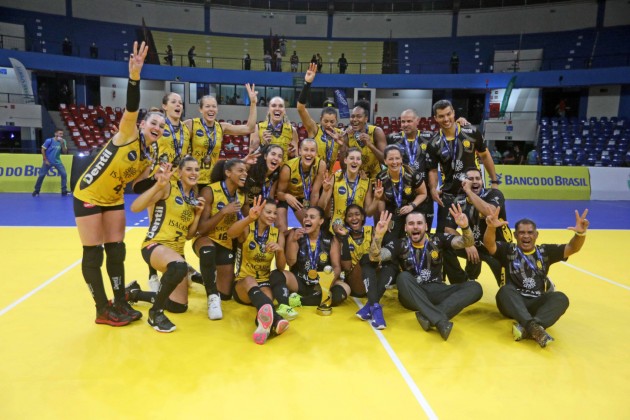 The 2020/21 season has barely started but Sesc RJ Flamengo and Dentil/Praia Clube have already faced each other in the second game worth the title.

Six days ago, these two teams contested in the inaugural edition of Troféu Super Vôlei (the unofficial Brazilian Championship), and Praia won their first trophy this season. After prevailing in straight sets in the first final match of the season of these rivals, t wasn’t so easy for the Minas Gerais club in the 2020 Supercopa.

Still, once again, the team commanded by Paulo Coco beat the Rio de Janeiro side. It was 3-1 in Campo Grande where the men’s final was played, too – partially 25-16, 23-25, 25-21, and 25-18. This was Praia’s third Super Cup title and also the third in a row. Thus, they tied with Sesc Flamengo for the number of trophies in the competition as these two are the only ones who conquered it since its inception in 2015.