Brazil played almost a perfect match against Russia, winning 3-1 and showing a classy volleyball to lead Pool C with full points. Probably the real power of Russia was only performed in the third set, when Svetlana Safronova’s team strengthen their attacks avoiding the Brazilian digs. 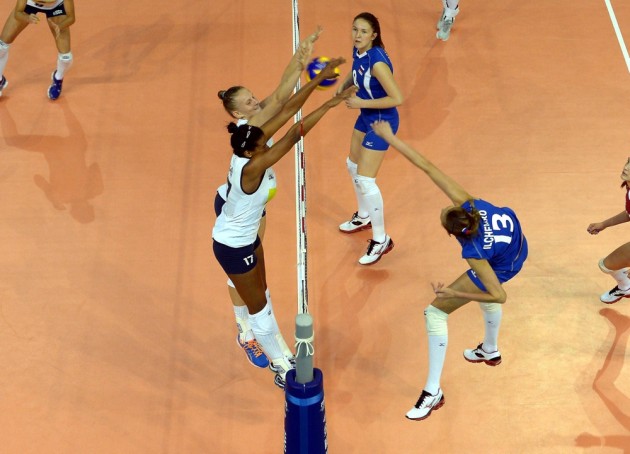 No doubts about Valquiria Dullius being one of main protagonist of the match in Vodova arena. The Brazilian middle-blocker confirmed herself as one of the best in her role at this World Championship, showing amazing talent in both read and commit blocks.

Russia setter, the captain Elena Novik, used all her possible schemes to get rid of Brazilian block, but when her attackers succeeded, then it was often the Brazilian defence to maintain the Mikasa still in play. The Russians were simply more effective, especially with Irina Fetisova and Valeriya Zaytseva.

In 27 minutes Brazil got the chance to close the match: with the third match ball coming from a hesitancy of Irina Voronkova at the net, they grabbed other 3 points to keep topping Pool C.

WCHJ W: Peru show their strength in front of 2,850 fans