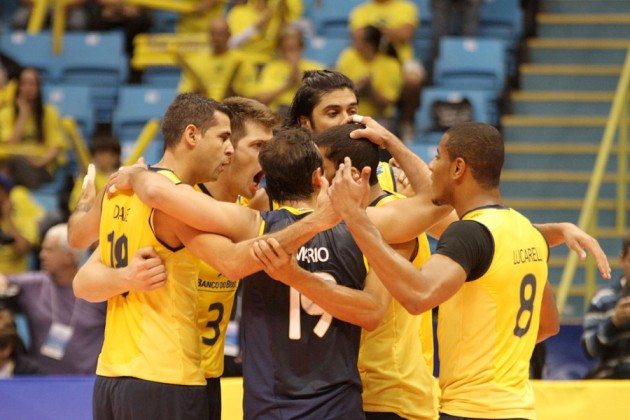 Set one was close, with France leading 8-6 at the first technical timeout. Brazil got back in the set and Bruno Rezende’s block gave them the lead for the first time at 9-8. They then streaked ahead with four points in a row, and Lucas Saatkamp’s spike gave them the set, 25-20.

Brazil jumped to a 8-5 lead in the second set. Good French serving got the Europeans 13-10 in front, but Brazil’s excellent offence rallied and with Leandro Vissotto and Eder Carbonera playing well, they took the set 25-19.

In set three Brazil edged ahead, and looked like they may take a straight set win, but France fought back well, with a run of four points getting them to 20-16 ahead. They held on to win 25-22.

France continued their momentum in set four, going 8-5 and 16-14 up. With a fine kill from spiker Earvin Ngapeth, they edged further ahead and won the set 25-21.

The deciding set was close, too, with good blocks from both sides. But with setter William and opposite spiker Wallace playing superbly, Brazil’s class began to show. They narrowly won the set, 15-12, and the match.