World No. 10 Peru edged Mexico in the third match of the seventh day of the FIVB Women’s U20 World Championship in Brno’s Vodova sports hall on Friday afternoon. Read latest volleyball news on Worldofvolley.com. 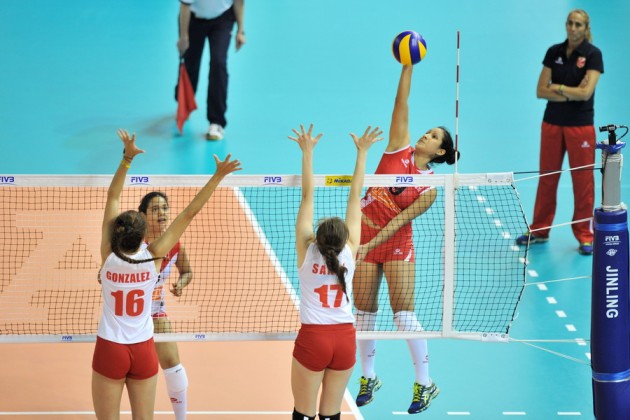 Scoring 14 points only in the first two sets, Leyva paved the way for an unquestionable 25-16, 25-25 Peru lead in the first part of the much-awaited Latin American duel. Peruvian setter Sandra Santana ran a well-balanced offense combined with solid block-defence work.

However, Mexico did not give up, bouncing back fearlessly in the third (25-17) and fourth (25-19) set. The team of coach Vachino Estanislao improved their defense with better blocking and some impressive saves from libero Kaomi Solis. The key moment of the match came at 12-12 in the fifth set when Peru scored three points in a row to end the five-set thriller eventually in their favour.