The coach ended his contract with the Brazilian team after two seasons and spoke exclusively to Volleystars. 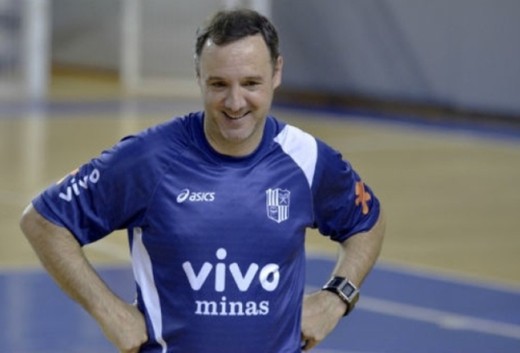 Since last rumors sounded about a possible exit from Horacio Dileo after the third consecutive defeat of his team, Vivo Minas, in the Superliga. However, these days came the confirmation of the end of the cycle of the successful coach after two seasons in the Brazilian team.

Minas lost against Montes Claros by 3-0 on Tuesday night, but the decision was not based simply on results. With him at the front of the boat, Vivo was runner-up in the South-American Championship of 2013, was also semifinalist in the Superliga 2012/2013 and got two second places in the Mineiro Tournament.

However, the project ended and Dileo tried to explain the causes:

“I don’t know if there is a reason, I had a feeling and can’t deal with that. I did what felt right for the club, the players and me” expressed – “It was a very difficult choice because there were two wonderful years, but I felt it and proceeded” he exclusively told to www.volleystars.com.ar.

The output of Di Leo feeds some gossips talking about the arrival of Julio Velasco to Argentine National Team, surrounded by coaches with experience abroad.

However, former coach of Minor Male National Team between 1999 and 2003, distanced himself from the issue and said he could not comment about something that he doesn’t know. Nevertheless, his career in National Teams also favored him, since he was coach of the Argentina feminine and masculine Minor Selections, teams that participated in South-American and World championships. He also served as an assistant in the Senior team and was responsible for the Selection of Colombia in 2010, where he played the Pan-American Cup.

Regarding the possibility of leading the National Team, among many names and a wait that lasts a lot, he said:

“I don’t think they consider my name, there are many others before me. I don’t think that because the team is in a moment of choice. The leaders know what they do, we endorse the decision and help from where we can’ he said clearly.

SACCH W: Favorites according to plan