Brazil libero Fabiana Oliveira said the team is hoping for a full arena when they begin the CSV Women’s Continental Olympic Qualification Tournament in São Carlos on Wednesday. 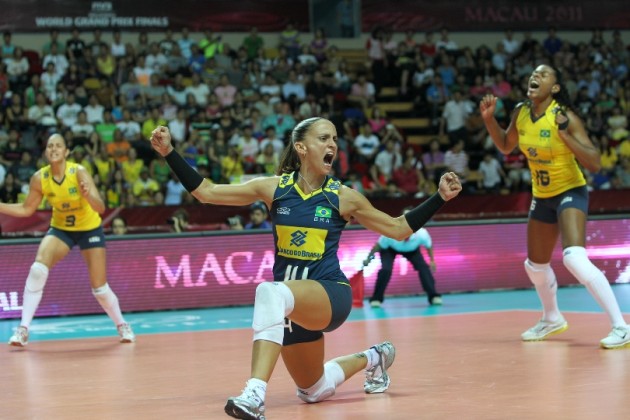 The world No.2 had their first practice session at the Milton Olaio Filho Gymnasium on Monday and will return on Wednesday for the tournament, which will conclude next Monday.

“For us it is a privilege to play in Brazil because we have few chances to be close to our Brazilians fans,” Fabi said. “Also, we are deciding a spot for the Olympic Games at home and it will be good for us. We hope to have a full Gymnasium to achieve our goal to qualify for the next Olympic Games.”

“The spirit of the team is very good,” Brazil coach José Roberto Guimarães said. “They are happy here in São Carlos, principally because they will play close to our fans in the fight for a spot in the Olympic Games.”

“It is always good to play in Brazil,” he added. “To be together with our public is positive. Normally the tournaments for our team are in Asia. Because of that being playing an important completion as the Qualification tournament in Brazil is amazing.”