WL M: Poland hoping to consolidate lead in front of home fans as Pool B returns

The 2012 FIVB Volleyball World League turns its attention to Pool B this weekend, with the second round of action set to begin in Katowice, Poland on Friday. 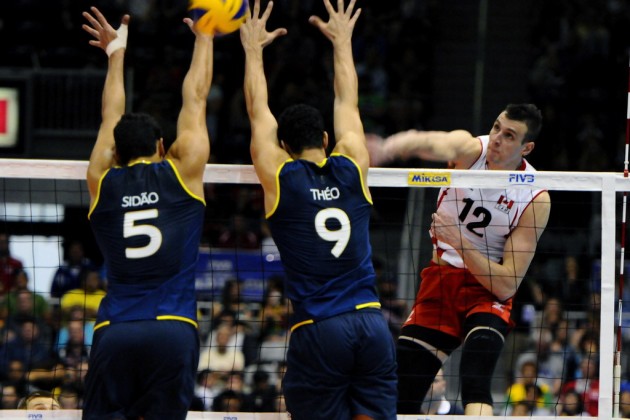 There was plenty of drama on the opening weekend two weeks ago, with world No.1 Brazil losing twice to Poland and then newcomers Canada, so fans will be hoping for more thrills and spills this time around.

Poland hoping home support will keep them on top

Hosts Poland will go into the weekend one point ahead at the top of the group after two wins and a five-set loss to Finland a few weeks ago. Last year’s bronze medallists will be eager to continue this good form, and give the home fans something to cheer about.

Andrea Anastasi’s side are yet to lose to Canada in any FIVB competition and have beaten Brazil on the last two occasions – during the first round of this year’s tournament and at last year’s FIVB World Cup. However, they haven’t beaten Finland since the final round of the 2009 World League, so they have a psychological barrier to overcome, especially following the narrow defeat to their European rivals two weeks ago.

-Have beaten Brazil on last two occasions but lost all four 2011 World League matches to the world No.1

-Have lost just two sets to Canada in six matches, one in the first round of this year’s World League and one during the 2002 World Championships

Canada out to prove opening weekend was no fluke

Canada returned to the World League after a four year absence in style in front of their home fans, opening with two sensational wins over Finland and Brazil before a loss to Poland saw them finish the weekend in second place.

Gavin Schmitt was in fine form for the hosts, top-scoring for his side in all three matches, highlighted by 33 points in their five-set win over Brazil.

Glenn Hoag’s side have a negative win-loss ratio against all three teams and are yet to beat Poland in any FIVB tournament, but will have gained confidence following their performance on the opening weekend and should not be taken lightly by anyone.

-Are yet to beat Poland in any FIVB tournament

Brazil had a disastrous opening weekend, with the nine-time champions losing to both Poland and Canada, finishing the first round in third.

However, coach Bernardo Rezende has recalled 2010 FIVB Men’s World Championship MVP Murilo Endres to the squad for this weekend after the 31-year-old recovered from a shoulder injury and it is hoped he can provide the spark that the world No.1 desperately missed in Toronto.

-They have the best win-loss record against all three teams, losing just 15 of the 74 matches they have played against them in FIVB competition

It was a bittersweet opening weekend for Finland. On the one hand they sealed a fifth win in six matches over Poland, but losses to Canada and Brazil saw them finish three points adrift at the bottom of the table.

However, they will take heart from three promising performances and will be eager to add to their one solitary win over Brazil which came during the 2009 edition of the tournament.

-Only beaten Brazil once during the 2009 World League