Sada Cruzeiro stayed without the first trophy of the season, as Funvic/Taubate eliminated the famous volleyball powerhouse in the semifinal of the Brazilian Cup! 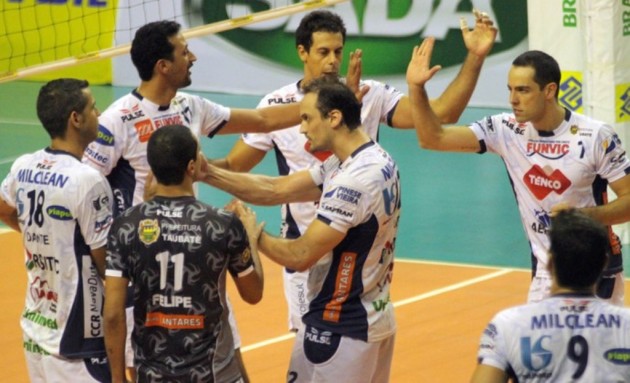 Funvic/Taubate – Volei Brasil Kirin Campinas! That is the big final of the Brazilian Cup which is scheduled for Saturday evening! In the first semifinal Funvic made quite an upset by eliminating the previous Cup winner and the reigning Brazilian champion – Sada Cruzeiro! It is interesting to mention that Funvic has lost both games in the Championship against Sada Cruzeiro, but managed to outplay the big rival when it was perhaps the most important so far.

In the other semifinal, host of the final tournament Volei Brasil Kirin Campinas defeated Minas and qualified for the grand final. Home team did an outstanding job if you consider the fact that the team is crippled by injuries of Wallace, Michael and libero Alan. However, Joao Paulo Tavares took the leader’s role and scored 17 points in the semifinal game.