The 2012 FIVB Volleyball World League continues this weekend, and as Pool B gets set to conclude, Pools A, C and D prepare to re-commence after a three-week break to accommodate the Olympic Qualification Tournaments. 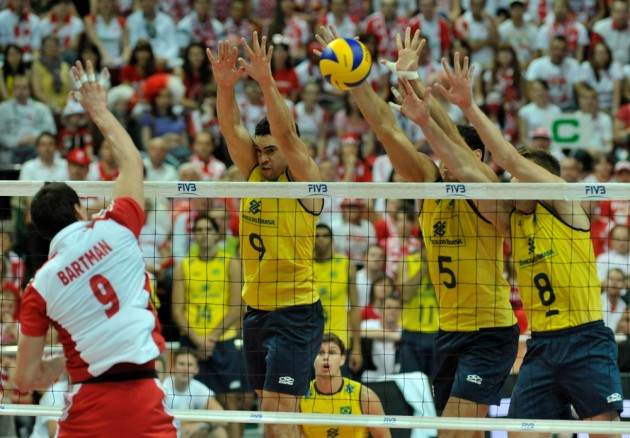 Brazil and Poland will clash for a place in the Finals in Pool B while Finland and Canada will also be looking to make the most out of their final weekend after the four countries have continued the tournament alongside the Olympic qualifiers.

While the World League still features 16 teams, for the first time in the tournament’s history the Intercontinental Round will be played across four weeks with each country hosting all four teams in their respective pool on one weekend each

The opening weekend of Pool A saw Serbia, Cuba and Russia all pick up two wins and one loss so they will all be looking to break away from the pack this weekend. With Cuba’s national stadium still being built the hosting duties have fallen to Santo Domingo, Dominican Republic.

Japan will be hoping for a better ride this weekend after they failed to pick up a win, suffering two heart-breaking five-set losses.

–Cuba are yet to lose to Japan in the World League, winning nine matches in total

–Japan and Russia are likely to be very familiar with each other having face 62 times in FIVB tournaments. The Russians have a heavy advantage with 53 wins to Japan’s 10

-While Russia have the edge over Serbia in overall wins (33 to 13), Serbia have a history of toppling their European rivals in the World League, winning 12 out of 15 matches

While the Olympic qualifications may have garnered much of the attention over the last few weeks, there has been plenty of thrills and spills over three rounds of exciting action.

Brazil head the pool for the first time and if they pick up two 3-0 or 3-1 wins in their first two matches against Canada and Finland then they will guarantee themselves a place in the Finals. However, Poland are just a point behind and will be breathing down their neck. Meanwhile, Canada and hosts Finland will want to pick up as many points as possible in Tampere as they look to avoid the World League Qualification match and book their place in next year’s tournament.

–Poland have lost just two sets to Canada in seven matches, one in the first round of this year’s World League and one during the 2002 World Championships

–Finland have only ever beaten Brazil once in all FIVB competitions

It was a clean sweep for Italy on their first weekend of the World League back in May after they dropped just one point in their epic five-set match against Korea. They are sitting pretty at the top of the group, three points ahead of this weekend’s hosts France, who were also pushed to five sets by Korea.

The Koreans had a mixed weekend, finishing above USA despite failing to pick up a win while USA will be aiming to continue their momentum towards the London 2012 Olympic Games in Lyon as they look to defend their title.

–France may not have the edge over their American rivals in all FIVB tournaments, but they have a 6-4 win-loss record against their rivals from across the Atlantic in the World League

Germany, Argentina and Bulgaria all ended the opening weekend equal on points, each picking up two wins and one loss. They are currently divided by their set ratio, with the Germans ahead of Argentina and then Bulgaria.

It’s Argentina’s turn to host the tournament this weekend as Buenos Aires forms the back drop to what is expected to be another close weekend, with Portugal equally as hungry to get among the front runners and pick up their first win.

–Argentina will be wanting their home fans to get behind them, especially in their clash with Germany who they have never beaten in five World League meetings

–Germany have only ever won eight out of 25 matches between Bulgaria, but have won two from five in the World League and will want revenge for their opening loss