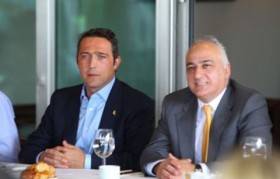 They said that pulling Fenerbahce women’s volleyball team from the Champions League was unfounded.

He said that they are going to establish a stronger men’s team than last year. He also gave information about the women’s team. The sponsorship with Universal is terminated, but they are in negotiations with the new sponsor.

Following the European Volleyball Confederation (CEV) decision not to” Wild Card” Turkey Volleyball Federation (TVF), said that it wasn’t in the interest of volleyball.

They got a letter from CEV “your team’s attitude outside the field was disturbed. The organizer created unnecessary problems. Despite this we wish success to Universal Fenerbahce”. 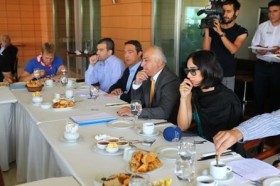 On 18 of May it was reported that Fenerbahce didn’t receive the “Wild Card”. Ali Koc reminded that Fenerbahce was the World Champion, and won the European title last season. “I called the president of TVF and told him we have to change this scandalous decision. He requested “Wild Cards” for Fenerbahce and Galatasaray. It would be like from England they didn’t send Chelsea but some team like Fulham. That is not in the interest of Turkish volleyball. CEV was supposed to be discussing this with TVF president. But the meeting failed”.

CEV president made a completely personal decision. TVF should have made an extra effort to keep the European Champions Fenerbahce. 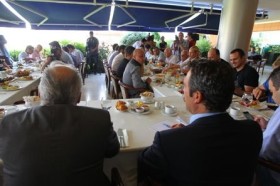 Women’s volleyball gained great momentum in recent years, , women’s national team went to the Olympics and serious investments  have been made. Fenerbahce wanted a good relationship with TVF but there were some difficulties.

Fenerbahce was the locomotive for the success of the women’s volleyball in Turkey. Best players are coming to the Turkish league. It has been treated unfairly.

He talked about what happened in Baku and said that the incident didn’t seem to be that serious. We will continue to invest and we will be stronger than last year. Ze Roberto is currently the team coach, transfer activities will continue.

Hakan Dincay objected to the changes TVF made. He said that the goal of the men’s team is to play in the Final Four.