Unlike most of the European leagues, where foreign players are usually the main stars of top clubs, the situation in Brazilian Superliga is completely different. 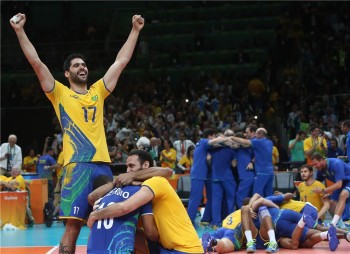 At the same time, the Brazilian clubs made sure to keep the best domestic players in the country, so 10 out of 12 players who won the gold at the Rio Olypmics will spend the 2016/17 season at home! Take a look at the list:

The only two players from the Olympic tam who will not play in the Brazilian Superliga in the upcoming season are Luiz Felipe Marques Fonteles (will probably continue career in Iran) and Mauricio Borges Almeida Silva (Arkasspor).

The battle for the championship title will be probably more exciting than ever, as Sada Cruziero, Funvic Taubate and Sesi-SP all created super strong teams, while the vice-champions Campinas and the others will also look for their chance to get to the top.