Funvic Taubaté have shown pure superiority in the Final Four of the Brazilian Men’s Volleyball Cup with another straight-set win, this time for the gold medal! 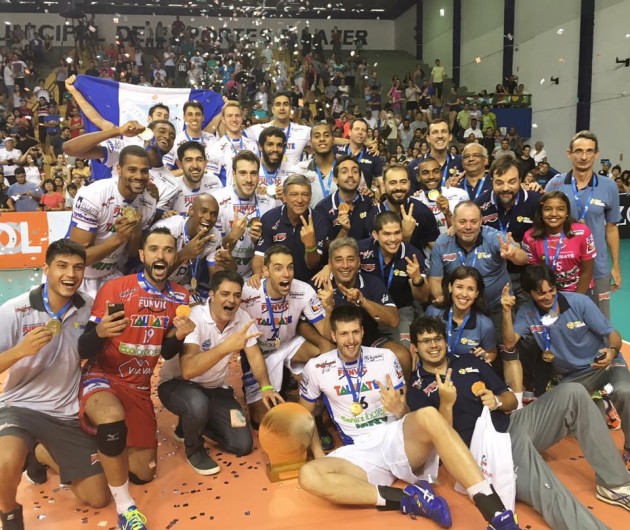 In the final in Campinas, Taubaté defeated state rivals Sesi-SP, who obviously lost all their strength in an exhausting semifinal match against Sada Cruzeiro, 3-0 (25-18, 25-21, 30-28) and claimed second trophy in the tournament (the first came in 2015).

Taubaté overcame two major obstacles in the final – fans in the gym, who supported their opponents, and the absence of Ricardo Lucarelli, who got injured in the semifinal against the hosts.

„Apart from Sérgio catching all the balls I hit in the end (laughs), the rest of the game was very good. The team knew how to play well, properly, to follow all the instructions of our coach. We made the most of it and need to follow these instructions in the Superliga as well,“ said opposite Wallace Souza, the highlight of the match.

By winning the national Cup, Taubaté took the second title this season, after grabbing the Paulista Championship (the Championship of São Paulo state).

ITA W: Tomsia arrives to Monza, Smirnova has to go