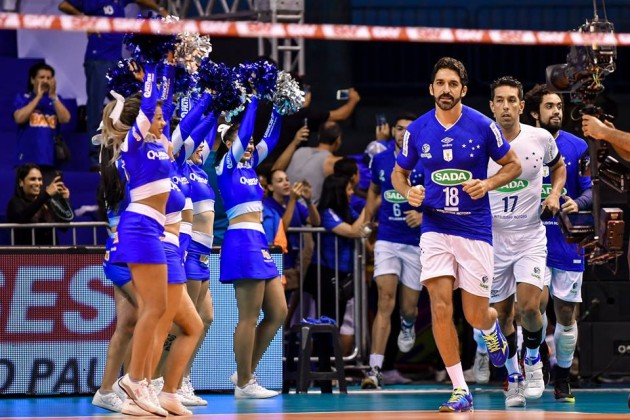 Five-time Superliga defending champions, Sada Cruzeiro, announced the 2018/19 roster that underwent two major changes compared to the last season and has 14 players. This roster will have one more addition until the end of the summer transfer market.

The Cuban Robertlandy Simón and Isac Santos will form the middle blocker’s pair in the next season as well, as both have valid contracts for one more year. The experienced outside hitter Filipe Ferraz and libero Sérgio Nogueira „Serginho“ will stay in the club for the ninth season each. The opposite Evandro Guerra is another starter who has renewed with Cruzeiro. As an icing on a cake, legendary Argentinean coach Marcelo Méndez will stay at the helm of the club to round up a decade on the bench of Cruzeiro.

As for the newcomers, Cruzeiro hired Montes Claros Vôlei setter Sandro Carvalho (wore Cruzeiro jersey in 2008/09), opposite Luan Weber from the Turkish side Jeopark Kula Bld., and Leonardo Nascimento „Léozinho“ (returned from loan in JF Vôlei).

Cruzeiro are still looking for a replacement for the outside hitter Yoandy Leal, who moved to Italian Cucine Lube Civitanova. Three more players will not be the part of the squad next season as well: the Argentinean setter Nicolás Uriarte (moved to EMS Taubaté Funvic), opposite Rodrigo Telles „Alemão“, and setter Rhendrick Resley.