CL M: Draw has been completed – Pool B and Pool D will have great clashes

The drawing of lots for the group stage of the 2021 CEV Men’s Volleyball Champions League has been completed. 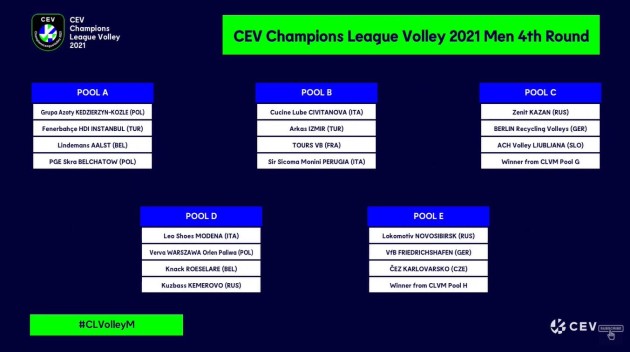 Here are the POOLS:

As you can see, who will take first place in Pool A will probably be decided between Zaksa and Skra Belchatow, while Fenerbahce will try to ruin the plans of these two teams.

In Pool B, Lube and Perugia are the favorites for the first two places, however, Tours and Arkas won’t surrender that easily. The draw wasn’t difficult for Zenit Kazan since they are absolute favorites in Pool C. Probably the most difficult pool is Pool D as we will have some great clashes between the four teams drawn into it.

The Russian champions Lokomotiv Novosibirsk are favorites in Pool E, which will feature Friedrichshafen, Karlovarsko, and the winners of the qualifying Pool H.

Speaking of qualifications, the CEV didn’t accept the proposal of participating clubs to merge all First Round qualifying pools into one. The First Round will start on September 22 and will last until October 8. The Second Round, which will give two clubs that will join the remaining 18 in the pool stage will be held from October 13 to October 29.

The qualification pairs are: 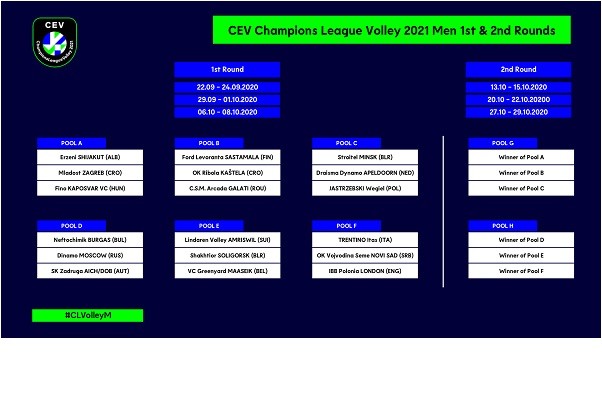