CL M: What a night for ZAKSA – Polish side eliminates reigning champions Lube

Grupa Azoty ZAKSA Kędzierzyn-Koźle staged an upset in the rematch of the 2021 CEV Men’s Volleyball Champions League playoff quarterfinals. It wasn’t upset because they are weak but because they eliminated the titleholders Cucine Lube Civitanova. 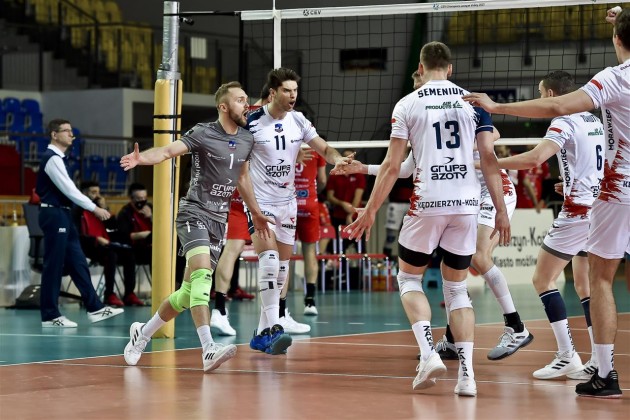 In a duel of the two national champions in the rematch of the 2021 CEV Men’s Champions League playoff quarterfinals, Italy’s Lube annulled an advantage of Poland’s ZAKSA from the 1st leg, prevailing by a 3-0 (25-22, 26-24, 26-24). So, ZAKSA’s plan to avoid Golden Set, for which they needed to take 2 sets tonight, failed. However, Nikola Grbić’s team was slightly more focused in an additional period and claimed it by 16-14. Thus, they earned a promotion to the semifinals, while Lube won’t have the chance to defend the title in the competition.

The shock therapy that sometimes comes with a sudden change of coach (Blengini replaced De Giorgi) didn’t give a result to the Italian side. In the Final Four, ZAKSA will face the winners of a matchup bezween Zenit Kazan and PGE Skra Bełchatów. 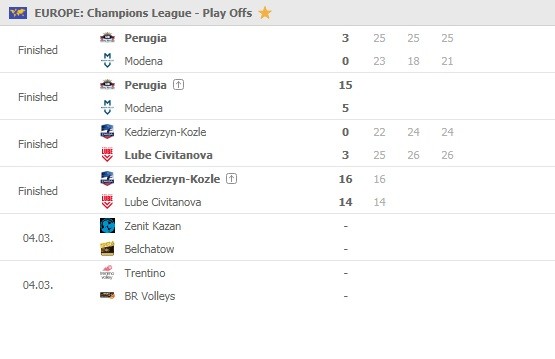 CHALLENGE CUP W: Alba and Yeşilyurt to play for trophy