Russian and Polish giants Belogorie Belgorod and Skra Bełchatów easily smashed their rivals on road in the first leg of the last round of qualifications for the 2017 CEV Men’s Volleyball Champions League. 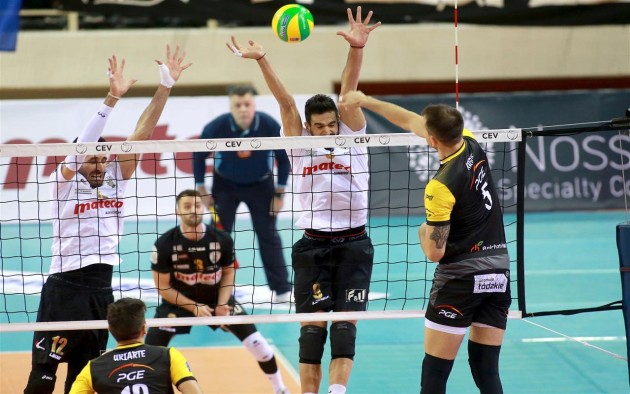 It has been 30 years since Danish capital Copenhagen hosted Champions League match. Gentofte and Belogorie had the honor to break the ice. The hosts suffered heavy defeat 3-0 to Russian side, partially 25-15, 25-18, 25-20.

Skra slightly opened the door of the main stage of the Champions League after confident victory on traditionally tough visit for all clubs, in Thessaloniki 3-0 (25-22, 25-17, 25-20). For the second time this season, Bartosz Kurek started the match for Skra and highlighted with 18 points. Skra coach Philippe Blain decided to leave first opposite Mariusz Wlazły home. In PAOK, Charalampos Sakoglou scored 13.

3RD ROUND OF QUALIFICATIONS

Three pipes of Zaytsev vs. Monza that will blow your mind (VIDEO)