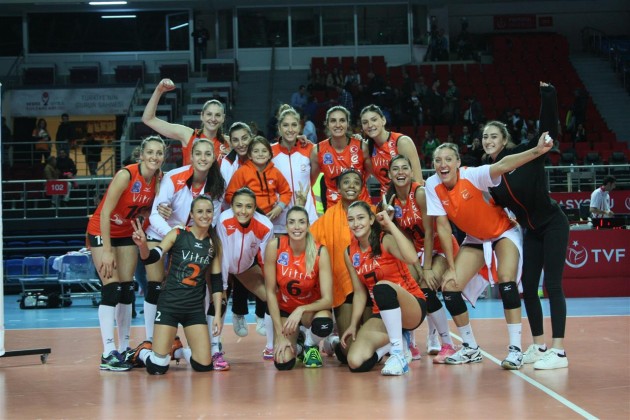 Eczacinasi VitrA scored the 2nd win against Minsk, with Tijana Bošković making 17 points. The Turkish giant have therefore qualified for the Group D, where they will join Dresnder, Uralochka and VakifBank.

Dinamo Krasnodar managed to bounce back after that shocking defeat against Vizura Belgrade in the 1st leg. The Russian squad wrote down a straight sets win in the rematch and advanced to Group B of the CEV Champions League.

Dabrowa Gronicza had no troubles against Agel Prostejov. With two wins out of two games, the Polish team booked their ticket for the Group C of the strongest club’s competition in Europe.

Finally, Liu Jo Nordmeccanica Modena defeated RC Cannes both at home and on the road and officially joined the Group A of the CEV Champions League 2016/17.

Take a look at all Pools of the CEV Champions League 2016/17 season:

RUS M: Simultaneous display of León vs. Kuzbass, Poletaev presents himself to Alekno in the best possible way