RUS M: Simultaneous display of León vs. Kuzbass, Poletaev presents himself to Alekno in the best possible way

Zenit Kazan are not getting tired yet. Russian champions downed Kuzbass Kemerovo 3-0 and grabbed their 8th win in as many games in the Men’s Volleyball Superliga. 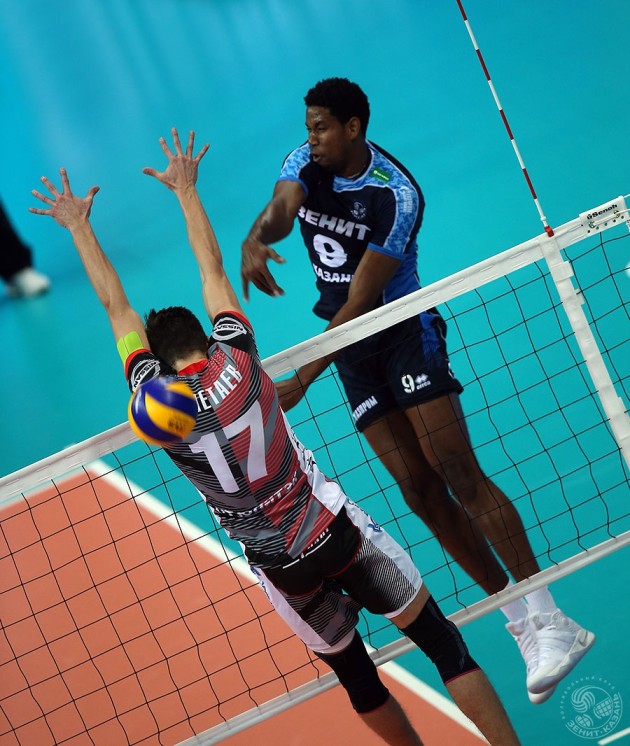 This match had a special significance to one of the players on court – Viktor Poletaev. Zenit’s prospect on loan in Kuzbass was doing his utmost to show Vladimir Alekno that he can count on him next season in Kazan team. But Poletaev’s performance of 13 points (46% successful attack), in addition to 14 points from Sergey Nikitin, were not enough for Kuzbass’ win. On the other side, Cuban Wilfredo León had 17 while Maksim Mikhaylov added 14 points.

Lokomotiv Novosibirsk keep breathing down Zenit’s neck after beating Gazprom-Yugra Surgut. Nikolay Pavlov with 26 points and Sergey Savin with 19 points led Novosibirsk to 8-1 record in Superliga, outclassing 23 points from Aleksey Rodichev and 21 points from Aleksandr Chefranov on the other side.