Are you ready for new CLVolley battles? Polish teams believe in miracles (SCHEDULE)

The second leg of the CEV men's Champions League is starting today, with four teams entering the court. 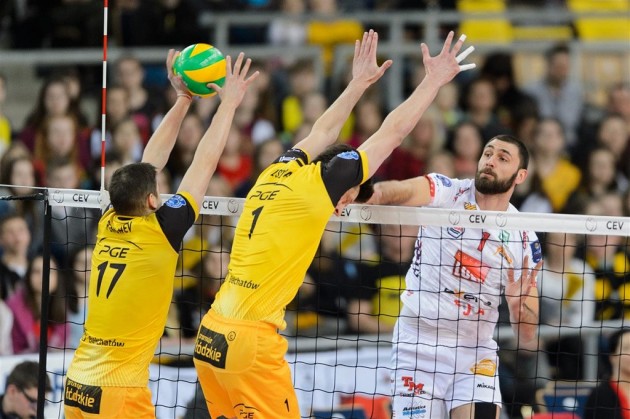 Dinamo Moscow and Arkas will be the first teams to open the second leg in Russia. The team from Moscow has scored a good result in the first game on the road and now they need two sets to confirm the spot in the next round.

After these two teams, BR Volleys will host the Turkish team Istanbul BBSK who has a small advantage from the first game, as they managed to win a game in five sets.

The Polish champions will host the Russian powerhouse Belogorie Belgorod. It’s going to be an interesting clash as Zaksa want to score the win to give the fans something to cheer for, even though they will play without French international Kevin Tillie.

Cucine Lube Civitanova and PGE Skra Belchatow is marked as the match of the day. The Italian side has a huge advantage as they managed to win the game in Poland. Blain’s side will have to believe in miracle and to play the best game so far this season to advance to the Playoff 6.

And for the end of Playoffs 12 we will watch the real volleyball delicacy – Modena vs. Resovia! The Italian team has managed to win the game in Poland in five sets but we truly believe that Polish power house has not surrendered yet!

Juantorena likes to take the role of Christenson (VIDEO)