What a night for the Slovenian volleyball! 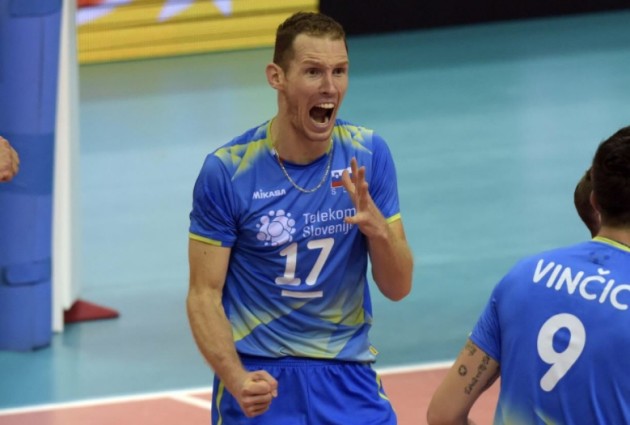 Slobodan Kovac’s side has managed to knock out the hosts of the tournament Poland, after smashing them in straight sets

It was a lovely game for Slovenia. From the beginning of the game, they play at a high level, not allowing the opponent to stabilize the defense, which led to some wrong decisions in the attack.

This is the second time in a row to knock out the Polish team, as Slovenia have done it at the European Championship in 2015 when they lost in the finals against France.

The top scorers of the game were Alen Sket and Alen Pajenk, both scored 13 points, while on the other side there were no players with double digits. Michal Kubiak and Bartosz Kurek were not in the mood…

The Polish fans didn’t expect an early elimination and Ferdinando de Giorgi will be under a huge pressure in the upcoming days.

Slovenia will meet Russia in the quarterfinals!

Our players just think about their contracts in Tur,Jap,Gre and dont care about national team.Shame on them!!

I`m not surprised, Poland has been playing terrible lately.