The Dutch National Team advanced to the finals of the continental championship for the fifth time in the history of their Women’s volleyball and will fight for the second-ever gold medal. 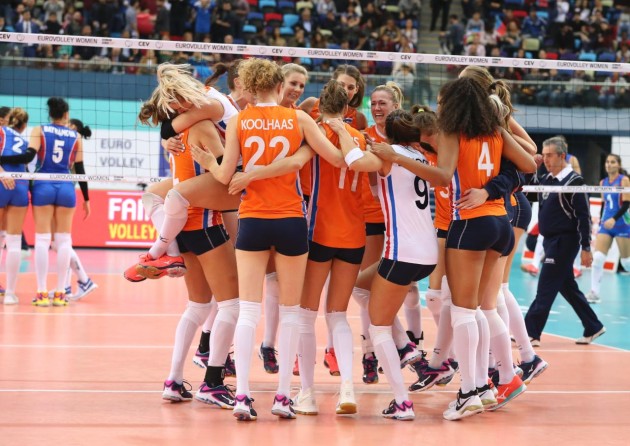 The semis was marked by the shooters showdown of Anne Buijs from The Netherlands and Polina Rahimova from Azerbaijan. The home superstar prevailed but her team failed to advance to what would be a historical final match. Nevertheless, the Azerbaijani National Team will have the chance to win their first-ever medal in the European Championship in the match for the 3rd place, on Sunday, October 1.

Buijs notched 33 points and was followed by Lonneke Slöetjes with 25. On the other side, Rahimova made 38 points! Nataliya Mammadova added 16.

Names of participants and seeding pots for...