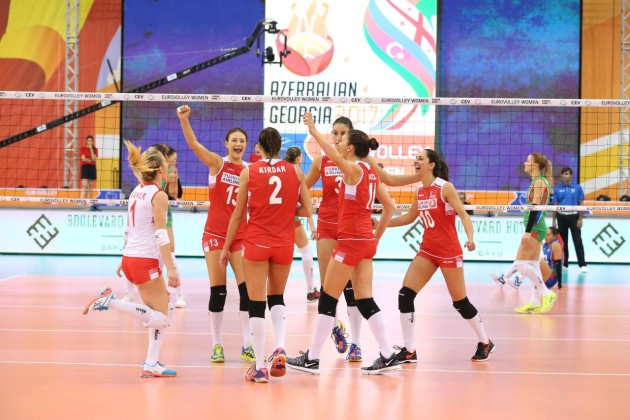 After losing the bronze medal match 12 years ago, the Azerbaijani National Team had even a better chance to top this result in front of own crowd in Baku in the EuroVolley 2017 but failed despite making the best possible start of the game versus Turkey.

The nearly sold out “National Gymnastics Arena” in the Azerbaijani capital, for the second day in a row, saw their favourites claiming the first set but was eventually silenced by precise attacks of the Turkish National Team (55%) in which duo Neriman Özsoy – Gözde Kırdar stood out with 23 and 22 points, respectively. Kübra Akman Çalışkan added 5 kill blocks. As usual, Polina Rahimova highlighted Azerbaijan with 19 points.