Like two weeks ago, Fenerbahce lost the match against Imoco Volley Conegliano after five sets. And not only that, once again they led 2-0 in the sets when Italian team made a turnover and won the match. 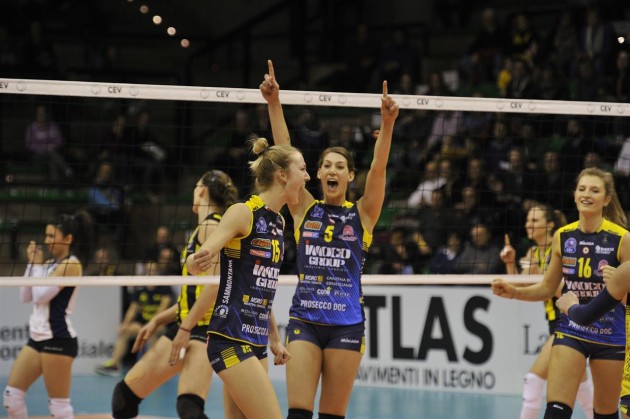 It seems that this season Fenerbahce just don’t have luck or the energy for more than two sets.

They always opened the match in a good way, played like a team and after the second set they disappeared.

Tonight in Italy Imoco celebrated their fourth win ( 20-25, 18-25, 25-18, 25-22, 15-11) and stayed undefeated with 10 points while Yellow Angels suffered the third defeat in a tie-break. Only difference tonight were in the reception and service in which Imoco were better, in all other things teams were equal.

Robin De Kruijf was the star of the match with 18 points from which are 5 blocks. Bricio with 18 points, Kimberly Hill with 16 points and Samanta Fabris with 13 points followed her.

On the other side, Dicle Nur Babat put 7 blocks during the match and had 60% in attack while Polen Uslupehlivan scored 20 points.

Interesting that on this match Fenerbahce didn’t play with Natalia Zilio Pereira and Mia Jerkov, who even wasn’t on the roster.

AUT M: Amstetten prevail in derby against Graz to defend No.2

These teams will compete at the women’s...

Drawing of lots for EuroVolley U19 W...