CL M: Perugia excel Halkbank with ease and go to Playoffs 6, Zaksa emerge as winner in Plus Liga duel 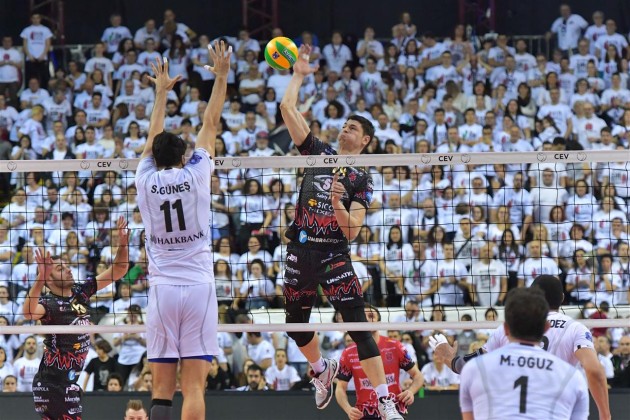 The tournament runners-up Sir Colussi Sicoma Perugia swept Halkbank Ankara in the Playoffs 12 rematch as well, partially 25-23, 25-23, 25-13. Actually, the Turkish titleholders had their only real chance to extend the match in the first set in which they dropped a four-point lead (16-12).

The Serbian Aleksandar Atanasijević topped Italian side with 15 points (79% attack, 11/14, blocked once). The Cuban Fernando Hernández made 16 points for Halkbank.

Zaksa Kędzierzyn-Koźle from Poland were even more confident in the rematch against the rivals from the home country Jastrzębski Węgiel, 3-0. Interestingly, both teams had a significant number of players who scored at least a point. Ten players made it to the scoresheet for Zaksa and as much as 12 players for Jastrzębski!

The Puerto Rican Maurice Torres delivered 13 points for the Plus Liga champions, while Cuban Salvador Oliva scored 10 points for Jastrzębski.

Any reason why Russell hasnt been playing? Perugia hasnt been playing very sharp without him.
Is he being bought out by Kazan?
Perugia cant afford to lose this piece of the puzzle with the moves they made for the next 2 year. He is the hot ticket this next year.

Re: @suisse He had muscle pain but he played in the third set. He will probably play more on Sunday depending on Ravenna’s resistance. I think he’s ready to play but it will depend on Bernardi’s plans if he will start the match.
Berger is playing great anyway so they didn’t almost have to use him for the Halkbank matches.

Re: @rivers
whew ok. I was worried . They should be fine tomorrow and they have a nice draw in the semis. Berger is a nice backup but this team is at another level when Russell is in. This should be a fun playoff season. So much drama on these other teams and Pergugia needs to stay free of that.

CL M: Atanasijevic was the most productive...